While I encourage growth teams to start with a dedicated designer, that doesn’t usually happen. Usually, growth teams scale with just engineering and product, and as they scale to a certain size start to eventually “earn” a dedicated designer from the organization. This news makes growth teams extremely happy for a short period of time, but pretty quickly starts to create problems and culture clash. I’ll talk about what happens, and some ways I’ve found to solve these issues. Note: You can replace growth with marketing, and just about the same thing happens in these scenarios. 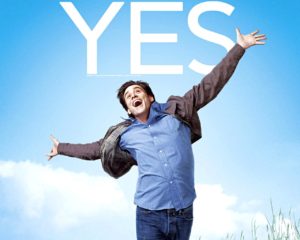 When you hear you’re getting a dedicated designer, you’re happier than Jim Carrey was back when he had a career.

Problem #1: Team Control AKA The Two Scenarios
One of two scenarios usually emerges when designers join a growth team. In the first scenario, the engineers or PM or marketing person starts with, “I’m so glad you’re here. I need this done and this done and this done for an experiment…tomorrow. No, we don’t need research to understand the problem. Don’t worry. I’ll only ship it if the metrics increase.” The designer realizes the growth team didn’t want a designer. They wanted a pixel monkey to just do what they say, not ever use their brain. 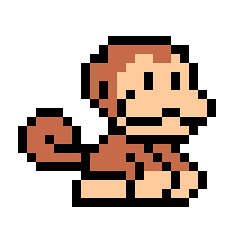 I got 99 problems, but a designer using their brain ain’t one.

The other scenario is just as bad. In this scenario, I call it the designers “moving in”. I liken this to the scenario when a significant other moves into your place and brings way more things than you own to move in. “Don’t worry, I got better furniture and books, and, oh, we’re going to have to get rid of those curtains.”

The design version of this is something like “I’m going to completely rethink all our strategies. I need to spend three months just doing research and then at least double that for design concepts. That home page really needs to change though.” Engineering thinks “this isn’t what we need. These people don’t even know what they’re talking about.” Engineering gets kicked out of the process of figuring out what to work on, and since the design process has no deadlines on it, engineering begins to have nothing to work on. 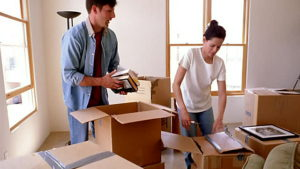 I tried to find a picture of people dressed in all black moving in, but the best I could do was chambray.

In both scenarios, instead of designers, engineers, product managers, and marketers trying to unify to form one team that leverages all of their strengths, one team tries to dominate the direction. What we did at Pinterest to try to solve this problem was design a process where the teams, specifically design and engineering, are jointly responsible for problem definition and solutions. Here’s what it looks like:

Project Kickoff:
Attendees: PM (leader), engineering lead, design lead, engineer and designer that will be working on the project

Project Brainstorming:
Attendees: engineer and designer on the project, PM (optional so as to prevent their calendar from being a bottleneck)

Problem #2: Design Best Practices
Designers bring with them a history of best practices from working on other design teams and schooling/training. It can be a culture shock for a designer joining a growth team and seeing little of these being followed. Designers will usually respond to this environment by trying to educate on many things the growth team is managing are designed “wrong” and how they need to be changed. These recommendations based on best practices are usually rejected by engineers on the team as it contradicts what they’ve seen in the data. 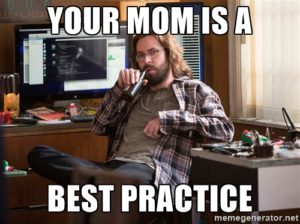 A growth engineer after he hears about a marketing or design best practice.

Design best practices were created with good purpose, but they quickly become inferior to AB testing in an environment where a direction can be put in front of users and its value quantitatively determined in days or weeks. This doesn’t mean you should AB test every design decision, but it does mean a designer can’t put their foot down by saying something is a best practice. In growth, the users being tested on determine what’s best.

Another issue with design best practices being applied to growth is that design best practices are usually suited entirely for building user value only. The growth team in many cases needs to trade off user value and business value, or short term user value vs. long term user value. For example, someone can come to my site, and I can offer a great experience. The user then leaves and never comes back. Growth might decide to let someone get a preview of that experience, then ask the user to sign up so they can personalize and deliver more value. The result is that some people will not sign up (creating a worse user experience) and some will sign up, allowing the site to create a better user experience that day and over the long term. This accrues value for the business as well.

Designers usually feel threatened by this environment initially. They see testing as a threat to their expertise. What you have to do is teach them to use it as a tool to get closer to user feedback at scale and be more efficient with their time. Most design work is wasted because it is spent on a direction that later proves to be flawed. With AB testing, a design can get quick feedback on an idea, validate the direction, then spend the time making it amazing once they know it’s worth that effort.

That said, while this user feedback at scale is good at showing what users do, it’s not great at explaining why. So, along with spending time getting designers comfortable with testing, growth teams need to start doing more regular qualitative research as well. Designers will usually volunteer to do it themselves if there isn’t the right person to staff for it. Some PM’s are comfortable doing it as well. Engineers and engineering managers can be resistant to spending time watching the sessions, so the first couple you schedule have to be on critical areas you feel there is some understanding the team is missing by only looking at the metrics.

Once designers get a little more seasoned on growth, you should also work with them to create the new best practices for growth to make the design and engineering process move faster. They will look very different than what designers recommended at the beginning, and be backed by data. Along with this process, I think it’s important to start creating user experience goals for your growth team at this time. These will be components that may not affect the metrics, but ensure a quality and consistent user experience. At Pinterest, we made compliance to design spec a requirement to ship after an experiment is validated, and said our top five flows had to be completely audited for quality user experience. This is a worthy compromise with design to show you actually care about the users and not just the business, a common complaint.

Problem #3: Growth Onboarding
Sometimes, you want to make sure you just nail the basics. Most growth designers are joining a new team in a discipline they’ve never worked on before, yet they don’t receive any onboarding as to what growth is and why it’s different. This is also an issue with other new growth team members. It’s like being dropped into a foreign country, not knowing the language, having no one help you, and being expected to contribute to the culture. Like France (okay, I’ve actually been to France, and the people were surprisingly welcoming even though they’re not known for being so). What happens is designers get frustrated and churn from the team.

It’s critical that every new team member, especially designers, go through a growth team onboarding process. The first thing you do is state the purpose for your growth team, why it’s different from other product teams, and why it’s important. At Pinterest, I would say that while other product teams create value or improve the value of the product, growth teams focus on connecting people to the current value of the product and reducing the friction that prevents that connection. This is important because it’s not enough to build a good product. If no one knows about it, it will die. If it’s too hard to uncover its value, it will also die.

What we did at Pinterest was create a history of major growth projects that were successful, walked through them, and explained why they were successful. That led into some of our team principles. We also spent a lot of time educating new people on the metrics we use and why. You can’t be expected to design winning experiences if you don’t understand the major criterion for success we’ll be using.

After onboarding, instead of starting designers on large, complicated projects, it’s important to start them on a well scoped, smaller project, preferably with an experienced PM and engineer, hopefully patient ones. These should still be projects that are worth doing, but not large projects. We had a designer start on growth at Pinterest, and we immediately put her on one of the most strategic, long term investments for the team. While she did great work there, after a few months, she did a smaller side project redesigning our mobile web home page. The conversion rate increased, and we shipped it. She said, “Guys, this is the first time my design increased the metrics!” She was beaming. You want to get new growth designers to that moment as soon as possible.

Lastly, once onboarded, you want designers contributing growth ideas as soon as possible. I like the idea of forcing people to bring one new idea to the team per week. I believe this is a muscle that needs to be developed via practice. New entrants to the team (design or otherwise) will typically propose bad ideas for a while. That’s okay. The trick is to provide a framework for generating ideas that makes new team members think about elements that typically make for good growth ideas, give feedback on the ideas submitted, and have the ideas be submitted as metrics wins or user experience wins. The Pinterest template focused on :

There is no reason designers can’t be key contributors to a growth team, but expecting it to happen automatically is usually a recipe for failure. I hope some of these tips can help you create a thriving cross-functional growth team with all the right disciplines involved. If you’ve have any other issues integrating design into your team, I’d love to hear about them in the comments.

Currently listening to Sorry I Make You Lush by Wagon Christ.