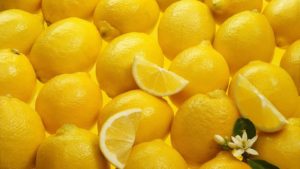 One of the biggest mistakes I’ve seen management make at startups is mis-managing how their startups scale. There are distinct stages of a startup. Early on, you prioritize speed over precision. Later on, you will trade off speed for understanding exactly what makes the numbers move. Early on, you prioritize self-managers and weed out employees that need a lot of support to be successful. Later on, you have to expand into developing people and training as most employees do not thrive being thrown into the deep end right away. I’ll talk about these stages, the right way to think about how you manage processes, teams, and rigor during these times, and some mistakes to avoid.

The Early Stage
“What are lemons? Okay, I’ll go find some.”

When you are early in a startup, you need to have a bias toward getting stuff done. Strategic thinking doesn’t matter a whole lot. You need to try things and see what works. You do not have a lot of data, so when you try things, you are looking for huge, noticeable gains in aggregate data. You’re not doing any AB testing. Your analytics investment is small, and you pay attention to a small number of metrics. Every investor question requires you to get back to them because you’ve never done that analysis before, or you don’t have enough data yet. You’re also looking to hire entrepreneurial, self-starting jack of all trades. These are people that spot opportunities and just immediately go work on them even if they don’t have much experience. They don’t ask for permission; they just go try to figure it out. Whether it’s manning the phones, pulling data, optimizing an Adwords account, they’ll do it. You use the cheapest tools you can find to achieve your needs. In the early stage, you also want to do as few things as possible, especially from a product perspective. The CEO is deciding many things on a day to day basis and manages almost everyone. The early stage is defined by a few rules:

In the middle stage, the things that were easy for jacks of all trades to cover with a few thousand visits or a few customers become impossible to maintain with more customers and more visits. So, you start to hire more specialized people, but still relatively hungry and more junior, and people are still doing multiple jobs. You bring in a few or promote some people to managers so the CEO doesn’t have tons of direct reports. The CEO isn’t aware of all the decisions being made, but keeps the company still very focused. The manager’s job is mainly to clear roadblocks for the executors, and they generally still do individual contributor work themselves. The managers handle some of the what is now cross-functional communication gaps, and put in some lightweight process to organize what’s going on. Focus is still extremely important, but you start to think about some expansion opportunities. You typically have over a year’s worth of data at this stage, so you expend some effort understanding seasonality, maybe making some projections. You have more metrics and formalize things like LTV, CPA, runway, and can generally answer investor questions when they are asked. You still mostly rely on SQL and Excel for detailed analysis instead of full dashboards or analytics suites. You do start to invest in some better tools since you have scaled beyond some of your initial choices. The new rules:

The Late Stage
“Screw your lemons. We ain’t going anywhere until I get 5 apples, ten oranges, and some kiwi”.

In the late stage, you have a large team, and you need full-time managers and a senior leadership team that can filter communication up and down. The CEO is approving large, strategic decisions made below him rather than driving every decision. Every individual contributor has a specialized role, is much more seasoned than before, and you’re appropriately staffed for every job you’ve prioritized to get done. You create a good amount of process to streamline work between teams. Shipping changes in product and marketing are hard to measure for effectiveness, and could have significant negative effects, so you rely on experiments to measure impact of your work and prevent catastrophe. You invest in analytics tools to easily understand the high level and detailed metrics without having to do custom work. You start to work on expansion opportunities as you max out your initial product and market’s value. You invest in sophisticated forecasts so you can understand if you’re off track and what causes are for fluctuations. You buy or build enterprise level tools to help specialists do their jobs better, whether that’s advanced analytics packages, marketing software, sales CRM systems, etc. You also start to codify specific strategies before executing instead of just trying different things and seeing what works. This is valuable to make sure you’re going in the right direction, and to build organizational confidence in different teams who don’t work so closely together anymore. The new, new rules:

The Common Mistakes: Not Scaling and Scaling Too Early
The biggest mistake I see startups make is staying in the early stage longer than they should, or adapting the policies of the late stage too early. The former is typically led by the CEO. In this case, the CEO loves being hands-on and can’t let go to help the company scale. What this actually does is keep the company in the early stage and prevent it from growing. I’ve seen it happen. The best way to help the CEO realize he is entering a new stage is to have a board shepherd that process or former CEOs as mentors who have gone through this transition. It isn’t easy.

Conversely, many CEOs see what the best companies do and assume their company should do that, not recognizing the difference in stage between them. These companies invest in robust analytics and testing solutions before they have enough data to use them, hire full-time people managers too early who need to justify their existence by hiring big teams, invest in too much process that inhibits growth, and have a team of too many strategists and too few doers. Their burn rates are high, and their growth rates are low, and they typically need to raise huge rounds to continue operating. The best way to prevent companies from doing this is to have them recognize the stage they’re in and hire people appropriate for that stage. A too late stage of hire in an early company will cause massive distraction, culture shock, and an increased burn rate. These CEOs need to let the problems of their business guide them to scale up in stage, not emulate other companies at later stages. It isn’t about where you want to be, but where you are today that should judge how you run the company.

Currently listening to Hallucinogen by Kelela.