One of the more interesting, but less talked about, dynamics in the video games industry in the last few decades is that the product they initially ship to customers is no longer the final product. Because of online connections via mobile phones, PCs, and consoles alike, video game creators can push constant updates to their games to make them better over time in response to real-time player feedback and behavior. This makes their approach to development much more like other software in that it can be more agile and less like producing a film or a piece of hardware.

Like any change in the video game community, gamers notice, and a whole lexicon has been created based on these new abilities of game developers. One of the more common genres of video games that receive these changes over time are fighting games and shooters. If you grew up pre-internet like me, then examples include Street Fighter and Mortal Kombat and GoldenEye. If you’re, the youth, as they say, then you might be more familiar with Overwatch, Fortnite, and Call of Duty.

What these franchises do now is ship their initial products, watch the community play, and make adjustments over time. As the community plays, players and developers notice that certain characters or items are incredibly powerful, perhaps more so than the developers intended, or they change the game in some unexpected way. The community deems these OP for overpowered or OD for overdone/overdosed.

Before game developers could update their games over the air through the internet, that would mean certain characters would stay overpowered and make games lopsided if you didn’t use those characters. Players would create rules to adjust for these issues, like not allowing anyone to play as Oddjob in GoldenEye, or just blaming losses on your friend using a “cheap” character. 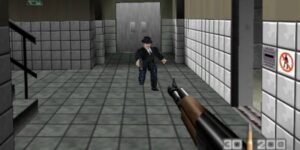 Oddjob was considered OP in GoldenEye because he was smaller than other characters, making him harder to hit. 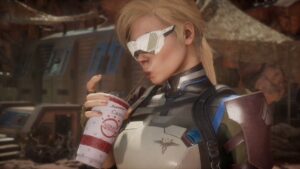 So, how do founders and executives get good signal as to the current dynamics of their “players”? Video game developers watch play data and observe the community. Founders and other executives don’t usually have the same analytics video game developers have, so they need to rely on qualitative signals. Many organizations use business results and culture surveys as a signal into organizational success, and use performance reviews, 360’s, 1:1’s, calibrations, skip levels, Q&A’s, and all hands to build even more signal. If you’re not doing any of these today in your organization, start. Organizations usually know how to use these tools to identify who is doing well and needs to be buffed, and this can result in more scope, more resources, or official promotions. But our tools for nerfing are incredibly crude today, so I’m going to talk more about how to effectively nerf in an organization.

How To Execute a Nerf — Conditions for Play

One thing I want to call out about being overpowered. This is often the failure of an organization, not an individual or a team. We tend to treat OP situations in companies as a failure of the employee or team because it’s a lot easier, and we have mechanisms for those situations, such as demotions and firings. And this is typically the way organizations fix OP problems. To do a nerf effectively requires an organization to understand that it failed in structure or talent management, creating the OP situation. Talent management doesn’t just include performance management, but mentorship opportunities and career pathing. Only then, can it think about using these nerfing tactics effectively.

One way an employee or team becomes OP is because they manage a key process in some way that gives them undue influence over others. The easiest change then is to change the process to re-balance some of that power. In order to understand how to do this, you need to a) understand the process and b) understand the failings of it according to others. When members of your team that are OP manage a process, they seldom see the flaws in it because of how much control it gives them. So you have to seek out different people’s opinions in the organization as to what is going wrong. A signal that revisiting a process may be a good solution is when other senior team members complain, or if they have enough power, start opting out of certain other processes.

Another way an employee or team becomes OP is the structure itself. This tends to happen when functions are grouped. For example, if a GM also has control of sales and marketing, they may become OP. Or if your CMO owns customer service, they may become OP. Neither of these are bad if they occur, but they may end up giving that executive too much power, so they can bully other teams, or they may not be as effective at managing either the scope or the function they’re less familiar with. In this case, the easiest path is to separate these functions or create more dotted line ownership to re-balance the teams.

The longer a power balance is allowed, the higher the chance that the organization will blame the strife on the person/team that is OP rather than the structure itself. Even when that person or team is nerfed, animosity will remain that may make the organization not want to work with the person or team, and continue to impair their performance. When you wait too long to nerf, you’re effectively destroying people’s careers in your organization, which may lead to them leaving. The worst situation is when you have to let go of someone who could have been great with a less powerful scope, but you waited too long to do it. In this case, firing or radically moving the person to something else is the only option.

As I said earlier, the most common way organizations nerf today is through demotions, which implies the employee failed instead of the organizational structure. If you absolutely have to change titles because the scope change is that significant, I prefer keeping the level the same, just changing the functional name of the role. Say, for example, you have a Director of Strategy, and they became OP, but you want to retain them. Changing their title to Director of Competitive Research is better than changing their title to Manager, Strategy. Why is this? The demotion indicates failure not only to them, but the rest of the organization. These people usually exit their organizations shortly after the demotion.

I was talking with a startup recently who hired someone to be their first product manager. They had made a mistake that happens commonly in startups — to make the role attractive or to reward performance once in the role, startups inflate the role title (to be more senior than what that role means on the market). One common example is calling your initial Product Manager a VP Product, or worse, a Chief Product Officer. When the company grows 3x and you’re now asking that product manager to manage people for the first time, these people frequently aren’t ready. Then, in order to fix your organizational mistake, you either have to change their title, which will look like a demotion to them and the organization to hire someone more senior, or try to seek out on the market effective mentorship for them to scale up their career progression faster than is normal.

At a startup, title is the cheapest form of compensation.


In the words of Keith Rabois: Wrong.

It’s enticing to inflate titles to make people happy or to attract talent, but it removes your ability to nerf without demoting. In practice, I like to reserve C level titles for public companies and VP titles for managers of managers, though I will be the first to admit that impact is not defined by the number of direct reports. This is not always possible with companies that need their employees to do a lot of external to company work. “Head of” is a happy medium startups are starting to use, but it can still feel like somewhat of a demotion when that title is converted to, say, a Director, when a VP is hired.

#2: Confuse Being OP and Poor Performance

I want to be perfectly clear: do not nerf for poor performance! You nerf when someone was performing well, and a process or scope changed to unintentionally give them too much scope. If you have a good CMO, and you ask them to take Customer Service, and they don’t manage it well, you still have a good CMO. Change the scope, not your performance management strategy for the CMO.

What if you promoted someone to a new level, and they are not meeting it? Well, that is not following performance management best practices. You should be promoting someone when they are already performing at the next level for some time, which eliminates the risk of overpowering them. This is why you want to have career guides with clear levels and expectations for them, so you promote only when it is appropriate. Hired someone at too high a level? Do not nerf; demote or fire. Yes, they will most likely leave, which is why you want to be careful about the titles you give just based on interviews and not actual job performance. What if you have a big hole to fill in the organization and have to do it internally with someone who hasn’t demonstrated all the skills necessary? It happens, but recognize this should be more of a last resort situation.

What about people who move into new roles where they are not effective? This is also a situation I prefer not to have happen. I much prefer creating apprenticeship programs within organizations where individuals try the role for a while before they are permanently placed in that role. Apprenticeship is therefore the evaluation of whether the person can meet the expectations of the role. I recognize this is not always possible, but it’s a sound strategy nonetheless. We do this in product management at Eventbrite today. Those in other parts of the organization in good standing with their manager can work with a product manager on a project to see if they like it, and for the organization to see if they would be good at it.

If you are nerfing an individual, it’s important to make sure they don’t feel like it’s a demotion. When announcing the nerf to your employee, make sure they know the reason for the nerf to occur, and that it is your fault, not theirs. You gave them too demanding a scope, and you’re fixing it. If you’re nerfing a team, this is usually less of an issue. Also, make sure that others in the organization that were affected by the OP individual or team know that you believe this to be your fault, and they should not hold animosity toward the individual going forward.

Whether the change that made the individual or team OP was intentional or not, thank them for their effort to help the company, and say that the nerf is a way to make sure they can create a positive impact for the company with the right scope. People should not be penalized for trying to step up for the organization.

—
I think it’s incredibly important to manage performance of people and organizations. The gaming community has created a vocabulary that provides a solid analogy with corporations, allowing us to separate performance issues from structural mistakes. The more companies can separate those issues from each other and use different tactics to manage them, the stronger those organizations will be.

Currently listening to my 2019 playlist.